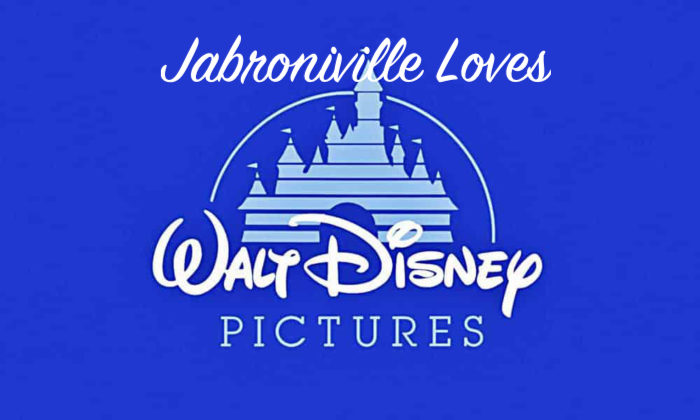 Penny: But if I don’t get back to the orphanage… I’ll never get adopted.
Madame Medusa: Adopted? What makes you think anyone would want a homely little girl like you?
Penny: *sheds a single tear*

This is an odd one-based off of a book series by Margery Sharp that I’ve never heard of, but was apparently notable enough for a Disney Feature Film (it’s odd- most Disney movies are based off of fables and generally well-known mythology, but very few are from contemporary literature).

It’s based around the Rescue Aid Society, a group of mice who secretly inhabit the human world with micro-versions of human stuff (drinking out of thimbles instead of glasses- stuff like that) and rescue people from danger without ever alerting actual human authorities. It’s a weird concept, but unique enough that it works.

Unlike most Disney films from before the ’80s, it uses contemporary major celebrities like Bob Newhart & Eva Gabor as actors. Watching the film, it’s a bit more advanced than some of the features immediately preceding it (it actually ended the “sketchy animation” period of the ’60s & ’70s, as a softer outline was created with new technology, and allowing for different colored outlines as well- not just the straight black), in that Disney’s fortunes had allowed for better animation.

It’s also surprisingly DARK! iIt’s nearly always nighttime, there’s very little lighting in general, and it’s even rather gritty with all the scenery. The whole concept is rather “small” and peculiar, because it revolves around an evil woman kidnapping a young girl just to search for a diamond, and works more like a detective story but with animals.

Despite being much less experienced with detective work, he’s got a bit of down-home wisdom to him, and is more brave and insightful than he lets on. Obviously, neither mouse is altogether very powerful, and most of their wins are given through smarts and trickery- in no way are they a challenge for Madame Medusa, McLeach, or their reptilian foes in either film.

About the Performer: Bob Newhart is of course a very famous comedian, now largely known for playing his quietly funny characters in “Newhart”, “The Bob Newhart Show”, more. He’s a big enough deal to be seen in “The Big Bang Theory” as Professor Proton as well. A very big star at the time, he’s one of the biggest examples of Disney hiring a contemporary mainstream performer for one of their films.

Miss Bianca was the main character in the novels upon which the films are based, but is basically the #2 lead in the first movie (and does less than even Cody the kid in the second). She’s played with a pretty neat personality by Eva Gabor, where you’d usually get some cold-hearted princess, but instead she’s warm-hearted and kind to everybody, and rather charming at that.

About the Performer: Eva Gabor is part of the famous Gabor sisters, who were big sex symbols of the time, with their foreign accents and outrageous behavior and charisma. She was the long-suffering, annoyed wife on “Green Acres”, about a rich man who decided to “rough it” out in hillbilly territory- she was a New York kind of girl, now forced to live on a farm. Her distinctive voice made her ideal for animation, and she played both Miss Bianca, and the earlier mother cat in “The Aristocats”, with the same kind of kindly affection, despite the glamorous accent. She married five times, always to very rich men, and died in 1994, not too long after playing Miss Bianca a final time in “The Rescuers Down Under”.

Madame Medusa was a vile, underrated villain. Initially, the character was going to be a recast Cruela de Vil, but the Disney studios figured they didn’t want to do an authentic sequel, and so combined some animation (the driving sequence) with a villain re-purposed from one of the original Rescuers novels as the Diamond Duchess. But WOW, was this woman unpleasant!

It’s funny, because her crime is quite heinous, but in the grand scheme of things she’s a small-time villain with simple greed at the core of her being. But that one scene, where poor Penny wishes for adoption, and Medusa just casually blurts out “What makes you think anyone would want a homely little girl like YOU?” I mean, JESUS CHRIST.

She’s also fabulously hideous! She somehow combines being flat with saggy-chested, her face is all out of whack, she slouches, has no real shape, and wears way too much make-up. That scene where she removes her false eyelashes and make-up is positively grotesque in its depiction, becoming truly stomach-churning. To this day, I think it’s why false eyelashes creep me out. And Milt Kahl, one of Disney’s animators and Nine Old Men (Brad Bird basically worships the man’s memory), apparently based her off of his EX-WIFE, and wanted to turn his final character in his final film into a memorable one. His ex-wife must have been a BIIIIIIITCH.

About the Performer: Geraldine Page was actually a very accomplished actress, having won one Oscar (being nominated for SEVEN- still a record, though she shares the honor), two Emmys, two Golden Globes, and being nominated for four Tony Awards. She was in “Hondo” and a handful of other things, though I can’t say I’m familiar with her career, much of which took place on the stage. She was married to Rip Torn (Zeus in “Hercules”, for Disneyphiles) for a number of years, and died at home during the duration of yet ANOTHER play, at sixty-two years of age.

Truth be told, the movie is actually quite good. I was kind of expecting to dislike it, but upon renting it in 2013 I was surprised at how well it held up. Bernard & Bianca are cute together- they have good repartee, and they are very well-acted.

The villain is REALLY nasty and vulgar, and despite failing to be very well-remembered in the annals of the Disney Villainology, she sticks out as especially unpleasant (she was even going to be Cruella de Vil at first!). The whole “feel” of the film is very neat, especially the New York scenes, the flight on Orville, and the whole New Orleans swamp. Plus there’s several jokes revolving around some Magic Liquor of Luke the muskrat, and a great chase scene through the swamp.

It’s also more dramatic than the more comedic fair Disney had been producing around this time. The animators considered this to be the first Disney film in a long time with “a heart”, and it really kind of is. There’s more melancholy and morose behavior, but everyone holds out some hope.

The movie is an interesting look at 1970s culture as well. There’s no disco in sight, but the stars were big at the time. Eva Gabor starred in Green Acres (which led me to Wikipedia’s page on the “Rural Purge” of CBS, where it axed all of it’s rural-themed “hillbilly shows” in the 1970s to make way for hip, urban fair… it’d be easy to say it was a cold-hearted move that axed many beloved series in the name of hipper, richer demographics, but when it spawned The Mary Tyler Moore Show, The Bob Newhart Show, M*A*S*H and All In The Family in its wake, it’s hard to deny the effectiveness of CBS’s strategy), and Bob Newhart was really well-known at the time for his comedic work.

Historically, it’s a bit funny, because of all the Disney Animated Canon, THIS is the film that earned the first actual sequel (and an OFFICIAL one at that- a film in the Canon and everything!)- not Cinderella, not Snow White, and not Bambi– THE RESCUERS. I know it was a hit, but it’s really an out-there-choice.

It was a MAJOR success in theaters, though, the biggest between The Jungle Book and The Little Mermaid, which was a fat chunk of time. It made $45 million at the box office in it’s initial run (in NINETEEN SEVENTY-SEVEN) on a budget of just over a million, so it really helped Disney out (it even started the careers of many guys who would start the Disney Renaissance, pairing them off with the fabled Nine Old Men animating at the studio in order to train them).

And funnily enough, the movie is infamous for a single nude image being slipped into one cel of animation in a 1999 re-release- a blurry topless shot of a woman inserted as what presumably was a prank. I assume Disney was much less amused at having to recall 3.4 million VHS cassettes.