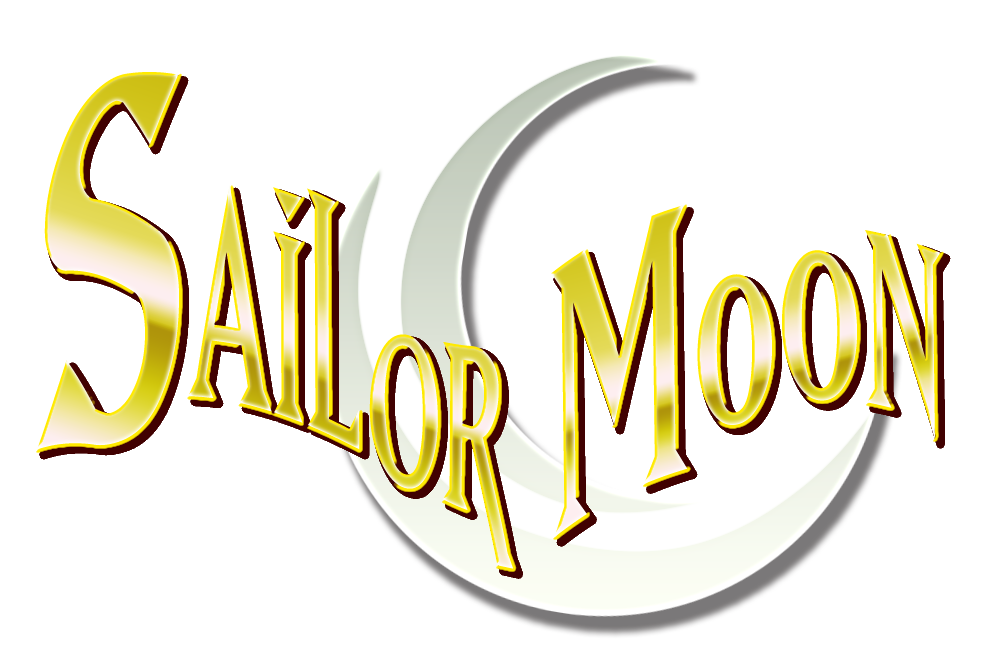 Look at how happy, harmless and innocent she is! She surely won’t cause the apocalypse!

Welcome back! This time, we get the proper debuts of two important characters- our new “General”, Mimete, and the darkly mysterious Hotaru Tomoe. Who everyone familiar with the show knows by her later identity, but try to look surprised, because they run with it all season long, okay?

The show has changed a lot already- no more are we “Searching for the Talismans”, because Naoko Takeuchi of course revealed it was in characters we knew already- Sailors Pluto, Neptune & Uranus. So all that other stuff was wasting time from the animators until Naoko was done her revelation. Oh, and the Talismans aren’t fatal if removed, so all that conflict was pointless aside from giving us some good character bits. The “Holy Grail”, the combination of the three Talismans, enables Sailor Moon to transform into a powered-up version named “Super Sailor Moon”- you can tell she’s stronger because this is a Bishoujo anime and she has more ribbons.

Now we get the proper debut of Hotaru Tomoe- a sickly, pale, dark-haired young girl quickly befriended by Chibi-Usa. And holy Jesus Christ she debuts with a DEMONIC VOICE speaking through her, via some speakers placed beside her while she sits in a dark room filled with childish toys. CRIMINY. And now the Professor’s mission is to gather pure hearts, that are converted into energy for her awakening- she is the Messiah of the Silence.

Mimete, our new “General”, already looks like she’s going to be a ton of fun, being a chesty, nerdy girl with Glinda-like hair and glasses (!!), fawning over pictures of pretty boys while blushing. And her target is a handsome male actor- “Before I steal your pure heart and KILL YOU… you have to taste these cakes I made for you!” Oh yes, I love this one. She believes he’s fallen in love with her when he licks some of the frosting and enjoys it, mourns his eventual death, and weeps real tears (“Please forget about me!”), because Mimete is AWESOME. When she sees him canoodling with his co-star, however, she loses it and sends a goofy-ass Daimon after them- a poncho-wearing cowgirl riding a pogo-stick horse, which can swallow a pure heart like a cormorant (the Professor’s analogy from before).

The Daimon actually manages to shoot out the Moon Spiral Heart Attack with her pistol, shocking everyone… but then Pluto arrives with her attack- DEAD SCREAM!!! This distracts the monster enough for Sailor Moon to use the Double Transformation that lets her wipe it out with a new move (pretty much the same moves as the old one, but with a stream of hearts instead of a big one)- “Rainbow Moon Heartache”.

This sets off some new stuff- Pluto as an actual fighter, working with Uranus & Neptune away from the others. Sailor Moon regularly “Double-Transforms” into Super Sailor Moon. The Daimons are now a little tougher, too. Hotaru & Chibi-Usa only hang out for like five seconds, which is pretty funny, given that this is the first episode in an eternity not to focus on Haruka & Michiru (who still are like “nah, we’re not teaming up with you guys- we’re too different”). But then Hotaru uses MAGICAL HEALING POWERS to heal up a scrape on Chibi-Usa. The two declare that they are friends, with the friendless Hotaru practically crying at the realization that Chibi-Usa ISN’T creeped out by her freaky powers… and then they meet her father. Professor Tomoe, aka “The Villain Behind The Scenes” up till this point!

Mamoru is confronted by Sailors Uranus, Neptune & Pluto, who declare that the other Sailors are “a nuisance” and would just get in there way, thus establishing the old status quo without the necessary “we’re going to take the talismans, even if it kills people!” stuff. Meanwhile, Chibi-Usa & Usagi go to Hotaru’s home, meeting the Professor and his assistant… “Kaori”? Yes, it’s KAOLINITE, back again after falling off the Tokyo Tower. Mimete hunts down some manga author she likes, while the girls head over there for autographs, Hotaru being amused by the arguments between the Usagis. Pretty quickly, the Oni Daimon (themed around a manga editor, because most of the writers are probably familiar with the deadline-spouting type) is defeated, but not before Uranus is all “UGH SAILOR MOON GO AWAY!”. A pretty minor “filler” episode, but it establishes that Kaolinite is definitely back, and Usagi meets Hotaru, who is once again established as weak and sickly.

Man, a swimsuit competition for an Idol Singer role? This so wouldn’t fly today.

Wow, ANOTHER Minako episode? I’m thinking the directors hit on an idea they liked. She & Mimete become obsessed with an idol singer, joining his flock of “fangirls” (called “groupies” in the original Japanese, but in both versions it’s suggested they don’t really “do anything” with the idols- they just like being around them). When Minako discovers that “Arajin” is holding tryouts to be his costar in a movie, she’s all “HAHA I DON’T CARE ABOUT IDOLS” while writing the time down in her journal. Mimete of course targets him, and when the Professor is all “are you just targeting famous people?”, she actually BURSTS INTO TEARS, then beautifully does the “pause to see if he’s sympathetic yet” thing and gets him to back down. Mimete is awesome.

In another great bit, Mina & Mimete have a “Showdown Music” stand-off at the thing, apparently recognizing each other…’s Arajin t-shirts, which are the older “collector’s item” ones, marking them as “True Fans”. They actually CHEER for each other, and both make the final round (even though Mimete keeps getting nervous and freezing on stage). Hilariously, Mimete then declares that she’s QUITTING the Death Busters to become an idol and be with her Arajin, announcing that “I was never cut out for villainy anyway” as the camera zooms in over a memorial locker for the Death Buster she murdered not three episodes earlier. Have I mentioned that Mimete is awesome lately? Because Mimete is awesome.

When Minako falls just short, and her disappointment is stunted by Arajin, who confesses that “your memories of me will fade”, as idol worship always does- and that girls will drop following celebrities once they find TRUE love. Minako is of course even MORE entranced by this. Mimete then falls just short as well, and IMMEDIATELY goes “AHAHAHAHAAHH THIS WAS ALL MY PLAN!” to disguise her obvious heartbreak, whipping out her “Charm Buster” attack to wipe out an auditorium full of people. But then Sailor Moon THROWS HER FRIGGING TIARA to disarm her, which is the first time I’ve seen that attack in like two seasons! Holy crap! She immediately uses her “Crisis Make-Up”, and when the Daimon forgets the lyrics to her song, she’s distracted enough to be one-shotted. Seriously- they spent so much time on the plot that the Daimon never used her attacks!

Fantastic episode, though. Minako is actually relatively sane for once (her weirdest thing is hiding fangirling from the others), and Mimete is adorably crazy and mercurial.

Chibi-Usa is rebuffed by Kaori after going to Hotaru’s house, but an angry Hotaru disobeys her advice and runs out to meet her new friend… and promptly passes out. She ends up at Ami’s mother’s hospital (one of VERY few times we hear about her), experiencing flashbacks to her past, like apparently killing her own goldfish and injuring another boy at school, but being unable to remember either thing. It’s REALLY creepy when combined with the slow music, rapid cuts to her father’s weird glasses, and her cries that “I feel like there’s another person inside of me!”. Little Hotaru desperately crying because she doesn’t have any friends is SO ridiculously endearing that it’s no wonder there’s a theory that her last name (“Tomoe”) gave the “Moe” term (for “endearing, cute young anime characters you want to protect”, sort of) its name.

The Daimon makes a fuss, but is abandoned by Mimete and goes tearing around once a ton of Sailors show up. Only she ends up charging a seizing-up Hotaru, and she seems doomed! Until innocent little Hotaru lights up like a demon from Hell, her eyes glow with evil energy, and she friggin’ one-offs the monster like it’s nothing. Sailor Moon finishes it, but everyone’s stunned by what they’ve seen. Hotaru confesses that she’s afraid she’ll hurt her new friend, and tells Chibi-Usa they shouldn’t meet any longer- a point Uranus concurs with. And then, in a weird bit, Uranus de-powers back to normal, revealing… well, her bare ass. I mean, it’s RIGHT THERE. No “shining light bodies” or anything- she’s just naked!

A pretty freaky episode. Oddly, both this one and the last one show the Daimons doing essentially nothing in combat. The “Episode of the Week” format is straining under the weight of all the new characters they have to introduce. Which might be for the best, but it begs the question of… what’s the point?

And that’s four more done! These reviews get wordier and wordier as I get my footing and the show goes on and gets more complex. We now have Super Sailor Moon, and a brand-new recurring concept for the show, with Chibi-Usa and Hotaru’s friendship now being a major focus. It gets more important later.