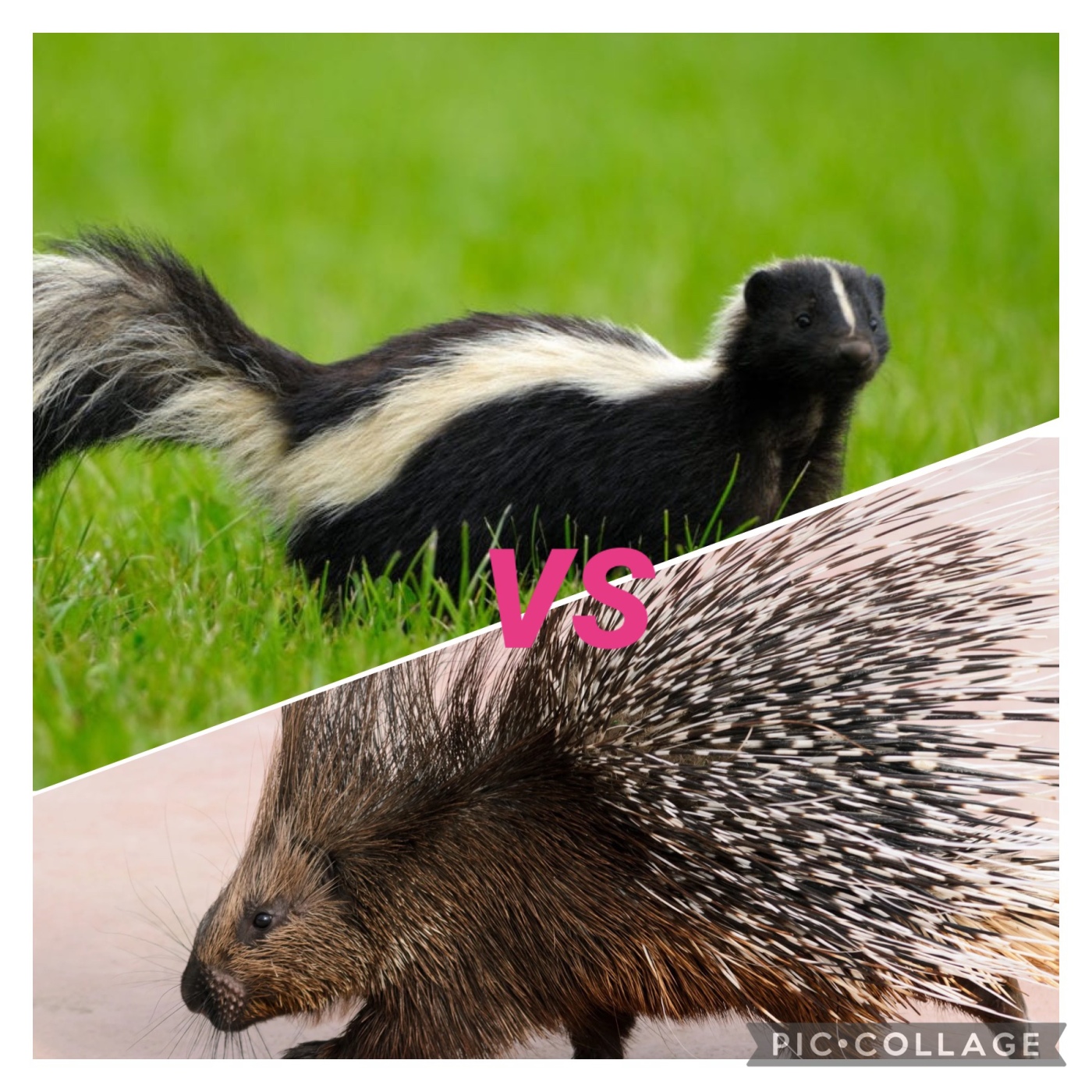 One of my absolute favorite things to do is speculate over who would “win” a completely hypothetical battle that could never actually happen. As someone who grew up reading comic books; it just makes sense. Larger than life heroes and villains throw down all the time there. And I’ve even argued that taking part in such silly debates over those brawls can make you a better reader! It’s a stretch, but… maybe!

In an effort to have more fun on the social medias lately, I have been putting up a Daily Versus post on Twitter and Instagram to get some thoughts on these matters. It’s not easy coming up with a new Battle every single day, but I’ve done a good enough job for at least the last two weeks.

There’s little rhyme or reason to my battles, honestly. Sometimes they are silly; sometimes more… serious? Well, as serious as comic book fights could be. Sometimes I legitimately have no idea who would win; other times I feel pretty strongly one way or the other. It’s all just whatever inspired me at the moment.

Either way, it’s all in the name of fun and conversation! So I thought I’d take a minute to bring up the last several days of Versus that I have postulated to the world, break down what I thought of them, and see what your thoughts on the matter might be.

We’re going to talk some really dumb stuff today is what I’m getting at.

Look, not everything is reading Maus, guys. Sometimes you wonder about how many Michael Myerses it would take to bring down a Steosaur.

This was DAY ONE. I led everything off with THIS. Why? I have no idea. I was starting to wonder how many Shapes it would take to bring down a Stegosaurus because… my brain just decided to do that. Can you HONESTLY say you never pondered this scenario? You are a liar.

So let’s assume that Mikey wonders into Nicola Tesla’s stupid lab in The Prestige, clones himself 9 times, and then falls into a nearby time machine. Would ten get the job done?

I have no idea! How many Shapes could a Stegosaur thagomize in one strike? How quickly could they recover? Can Michael pierce its hide? Could TEN Michaels pierce it hide?!

These are the thoughts that keep me up at night.

Day 2: The Guardians of the Galaxy (1st movie) vs The Fellowship of the Ring

This battle pretty quickly devolved into one simple sub-question after I offered it up: Groot vs Gandalf.

I don’t personally think that is fair. Even if–BIG if–Gandalf could fight evenly with Groot, I am pretty sure the rest of the Guardians could pretty quickly and easily dispatch of the Fellowship. Then it’s the entire GOTG vs Gandalf, and… Gandalf loses. I’m not really sure Gandalf could even take Drax or Gamora. What’s he even do in the movies? Just yells memes at things, right? It’s not like he Avada Kedavras stuff.

I also went with the Guardians team from the first flick as opposed to the second because, while Baby Groot would certainly level out Adult Groot’s power, Yondu seems like he’d win this fight in about 10 seconds. And then add in Nebula and Mantis? Not very fair!

This was a pretty contentious fight I saw on a Battle Board forum quite some time ago, so I figured I would post it to the public at large.

This seems easy to me. Midnighter is full of robotic/machine enhancements, right? So if Kitty even INCIDENTALLY phases through him, he’s toast since she corrupts devices when she phases through them.

People love them some Midnighter, though. But to me? It seems his BEST CASE scenario is just a draw where he never lets her get to close to him, but he also can’t hurt her.

Day 4: The Bat-Family Vs Some Spider-Men

I really liked both of these pictures. I kept trying to come up with a good example of Bat-folks vs Spider-Verse folks, and this seemed the most fair. Too bad Spider-Gwen wasn’t in the Spidey image, though.

So this is… what… five on eleven? Five on thirteen if you count Alfred and Ace The Bathound!

I think this is one of the closest of all of the brawls I have posted so far. The Spider-Team has the lock on sheer power, but the Bat-Team has got a LOT of brains. I also have to think they would function as a team slightly better than the Spiders.

I would say the Bats edge this BARELY at 6/10. But it’s tough. I can see an argument for the Spiders just overwhelming them.

Which Jason, you ask? Well, let’s go with Undead/Zombie/Mummy Jason from Part 6 onward. Human Jason just stands no chance against these guys. He was pretty incompetent.

To defeat Undead Jason, it took…

At least SOME of those things are over Animal and Hawk’s paygrade, but… others aren’t!

Here’s the thing: I just want to SEE this fight. I don’t even care who wins. I’d pay good money to see the Road Warriors go camping and have to fend off Jason.

What a rush, right?

Day 6: The Abomination vs Bizarro

These next two are just pretty basic ones I thought of, starting with this: the corrupt version of two powerful heroes going at it.

Bizarro definitely has the edge in powers, but Abomination has the intellectual advantage. I typically think Superman should always beat the Hulk because Supes is essentially The Hulk + Flight, Heat Vision, Super Speed, etc. But this fight? I might side with Blonsky. Bizarro is fun, but SUCH an idiot.

This is one where I am 100% open to being talked into either camp; I’ve read VERY LITTLE Jane Foster Thor. She’s a big blind spot for me.

This just seemed like a good battle of #2 Ladies. It’s not Wonder Woman Vs Captain Marvel… it’s Supergirl Vs Thoress! Next best things!

Who do you got?

Day 8: Deathstroke The Terminator vs Mumm-Ra The Ever-Living

I did not come up with this one, admittedly.

I was browsing around Twitter, and I saw a post asking who would be a good matchup for Slade Wilson. After a bevy of the most basic suggestions–Wolverine, Sabretooth, Taskmaster, Carnage, and the like–I saw a very peculiar offering.

It just wormed its way into my noggin and laid approximately 49 eggs.

I mean… Mumm-Ra is WAY over Slade’s head, right? And yet, he has a really dumb weakness! And Wilson typically punches infuriatingly high over the head of his own abilities. So it’s not out of the realm of possibility…

Deathstroke vs Mumm-Ra, man. What an odd bout.

Day 9: A Skunk vs A Porcupine

Hey, this one has probably actually happened somewhere!

Come on, a skunk DEFINITELY takes this, right? One spray in the porcupine’s face, and that’s IT. It’s gonna burn his little porcu-eyes and send him skiddaddling.

People will say “but porcupines shoot their quills!”, but here’s the thing: No. They don’t. That is an urban legend. So the chubby porcupine’s best bet is for the skunk to attack him full on and go pin cushion city.

But if the skunk fights smart, it’s going to win.

And that’s where I am these days: pondering the fighting ability of stinky weasels. I’ve really fallen too far down this rabbit hole.

That’s really all I had. The impetus for this whole affair.

Godzilla is, what, in the 100 meter tall range? Arceus is ten-and-a-half feet. Typically you match ‘Zilla up against other giant monsters. Here, I set him against a foe he could just as easily step on as ignore.

But Pokemon, man! According to the Pokedex, Arceus created existence when he was born into a realm of nothing. And, appearance be damned, he apparently has 1000 arms.

Maybe they are hidden?

So this is PROBABLY a clearly defined 10/10 in one direction or the other, but… I’m not sure which. Pokemon know some pretty crazy moves, but only four at a time.

Being 30 times bigger or being an actual god. Which takes this one?

Strictly a battle of the bands! Pretty sure that, based on Scott’s skills, Sex Bob-Omb would effortlessly win a fight, right? Unless we allow Ted Logan to access his inner John Wick.

(NOTE TO SELF: Scott Pilgrim Vs John Wick someday!)

On music talent alone, The Wyld Stallyns may have saved the universe with song, but Sex Bob-Omb… um… created a great ape thing with their amps? It’s really weird, even if “Threshold” was a pretty rad song.

But man, aside from that one song… their resume isn’t that good.

This one is just a classic, and it has happened in the comics before. Different writers have handled it different ways, though, and it’s seldom been definitive.

I’ve always been firmly in the pro-Spidey camp here. The Spider-sense, man. It’s the most underrated power in existence, and it theoretically SHOULD make it so Logan can’t even touch him. Pete can hang out at a distance, huck cars at Wolvie to keep him off-balance, and eventually web him up but good.

And yeah… that’s what I’ve been up to lately. Incredibly maturely trying to figure out if, like, Groot could whomp Gandalf or not. This is what I am paying for a website for, folks.

What are YOUR thoughts, though? Who wins these fights? And what fights would you like to see me post going forward? Give me some suggestions I could work out in my head and then have people tell me I am wrong.

In the meantime, keep up with my Twitter for new battles every day.

3 thoughts on “Today In Speculative Fighting”