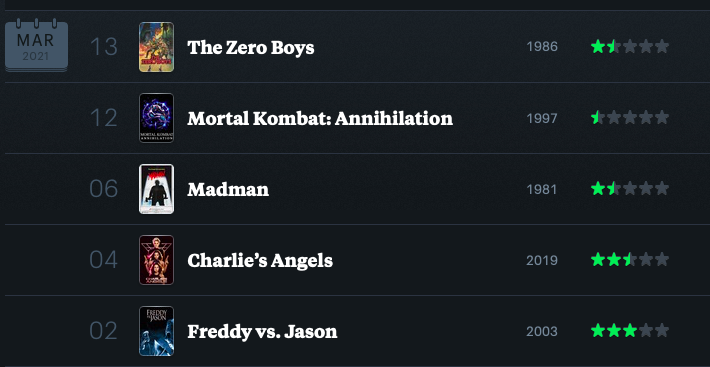 It’s the Ides of March! I don’t… I don’t know what that means. Something to do with Julius Caesar being assassinated, but it isn’t called that BECAUSE of it. The Ides were a thing before he died. It’s like… if I was assassinated on Christmas, Christmas wouldn’t be famous for THAT.

(That got dark fast this article…)

Wasn’t he warned, “beware the Ides of March”? At least in the Shakespearean retelling?

Am I making that up? Am I way off base here?

I should research this before I publish it, but no. If I’m an idiot, the people have a right to know!

So Ides! Fifteenth! Caesar! Shakespeare! This feels right in my bones.

I have a lot going on of late. We are very soon to have massive sewage work done on our house to replace old pipes, so there’s that. We had the company come out and scope everything after we have had four (4!) back-ups since we moved in. Sure this house we bought ELEVEN MONTHS AGO has a brand new roof and a brand new furnace, but it has shitty (literally!), rotting pipes. Homeowner’s insurance should cover the bulk of the costs at least.

In better, cheerier news, I am about to finally re-enter the podcast game! It’s been a while, but I have been working on some research on the technical end of things. I think I can manage a small, bi-weekly show. That’s what I’m going to shoot for, anyway! I have some guests lined up, and we will see how it goes.

I have to learn to HOST, rather than just be the person who complains and makes smart ass comments. Pray for me! Luckily, my lined-up guests are all fantastic podcasters in their own right, so I’ll rely on them to carry me.

But enough about that; let’s review the pre-Ides start of March!

After really loading up in the back end of February, I slowed way, way down to start March. Work has been a little nuttier than usual lately, so I’ve been bouncing in and out of the office a lot more than I was previously. It’s hindering my ability and desire to sit and watch some flicks.

Even of the few movies I’ve seen, only one was chosen by me for fun. Madman and The Zero Boys were both part of the Saturday night Connecticut Cult Classics Facebook watch parties; Mortal Kombat: Annihilation was for a podcast guest spot, and Freddy Vs Jason was for our ongoing Jason movies video reviews series over at Pint O’ Comics.

That leaves just Charlie’s Angels as something I watched that was not thrust upon me from other forces in the universe.

Speaking of the movie, it is neither as bad as you have heard, nor as good as Elizabeth Banks wants it to be. It is a perfectly adequate and watchable, if, and it is entirely carried by other amazing Stewarts–Patrick and Kristin–who give great performances. It is… OFTEN heavy-handed in its messaging, and I say that as someone who loved the Women Unite scene in Avengers: Endgame and have defended it to the death.

Mortal Kombat Annihilation is DREADFULLY bad, with some of the worst visual effects you will ever see. I’ve heard the movie was released unfinished, and it REALLY shows. I kind of want to credit it for not even bothering with a story, but then I remember it killed off the only good character from the first flick, like, five minutes in.

So I have nothing nice to say of it.

The rewatching of Freddy Vs Jason brings that one up to… four (?) times in my life? At least. It’s exactly what it’s supposed to be.

What I’ve been lacking in movie watching, I’ve more than made up for in TV watching, don’t worry!

I caught the finale to WandaVision, of course. As did the rest of the world. It had the ending it needed to have. Everyone had riled themselves so up with Mephisto and Chthon theories, that I guess there was some disappointment that there was no ultimate reveal, but honestly… wouldn’t that have come out of nowhere? The show never alluded to Mephisto because HE WAS NEVER THERE. You can’t get mad that the show didn’t deliver on a promise it never made.

I can understand some frustration over the Mandarin-inspired use of Evan Peters, though. But on the whole, I really enjoyed the show overall!

I have finally joined the rest of the world and started watching Schitt’s Creek! In the past two weeks, the wife and I (she has already watched the entire run twice before) have pounded through the first two seasons. It is as good as I have heard, and I now want Dan Levy in everything. Cast him as the next James Bond or Superman, I don’t care.

I’m… I would a thousand percent actually watch a Bond movie if Dan Levy was 007.

I think my favorite part so far has been David’s exchange with a bank teller:

“Of course I know my PIN number; it’s my birthday”

The 2000’s have really been a golden era of sitcoms, man. In the last twenty years, we’ve had Arrested Development, The Office, Community, Parks & Rec, Brooklyn-99, The Good Place, and this gem. I’d take that line up against any other two decade span in history.

Additionally, I’ve caught the first two episodes of Superman & Lois, which is a great way to mentally prepare myself for what Zack Snyder is about to do to Superman again. The show is a great representation of what Clark Kent is SUPPOSED to be. And in a week, I’ll get to see him angrily murderdeathkilling fools in a brown-gray world again. Weeee.

The wife and I also remain caught up on Hell’s Kitchen season 19 because why the hell not? We are team Mary Lou (the one on the far left there), by the way. Because that matters?

Just the one video game, actually.

PlayStation Plus finally bit me in the ass and offered a game for free that I JUST bought. I purchased the Final Fantasy 7 Remake Ultimate Edition around Christmas sale time for 50% off. Then, it was given out for free as part of the March PS+ offerings. Ah well. Knew it would happen eventually.

I had started playing it a few months ago, and I had it in a rotation with Skyrim and Madden 21. I can’t game like that, though, and fell into playing Skyrim only for a bit, then Madden only for a bit. And now FF7. Consistency is key!

It really is just a nostalgia blast to the center on my brain. I loved the original Final Fantasy 7 game. I never once in my life thought it was overrated. I still remember playing it the first time (in high school, two of my friends and I would get together at one of their houses and take turns playing segments of it). I will never, ever forget the turns in the story and how they made me DESPISE Cloud. Since then, I have played it several more times. Now I’m fourteen hours into the Remake. I don’t want to loathe Cloud again, but I know I will…

And that’s it! If it doesn’t seem like much… well, it hasn’t been! I’ve dedicated a lot of my time to two separate ventures (Schitt’s Creek and FF7). I’ll try to have another movie-fied second half of a month, though; I’ll start tomorrow, I promise.