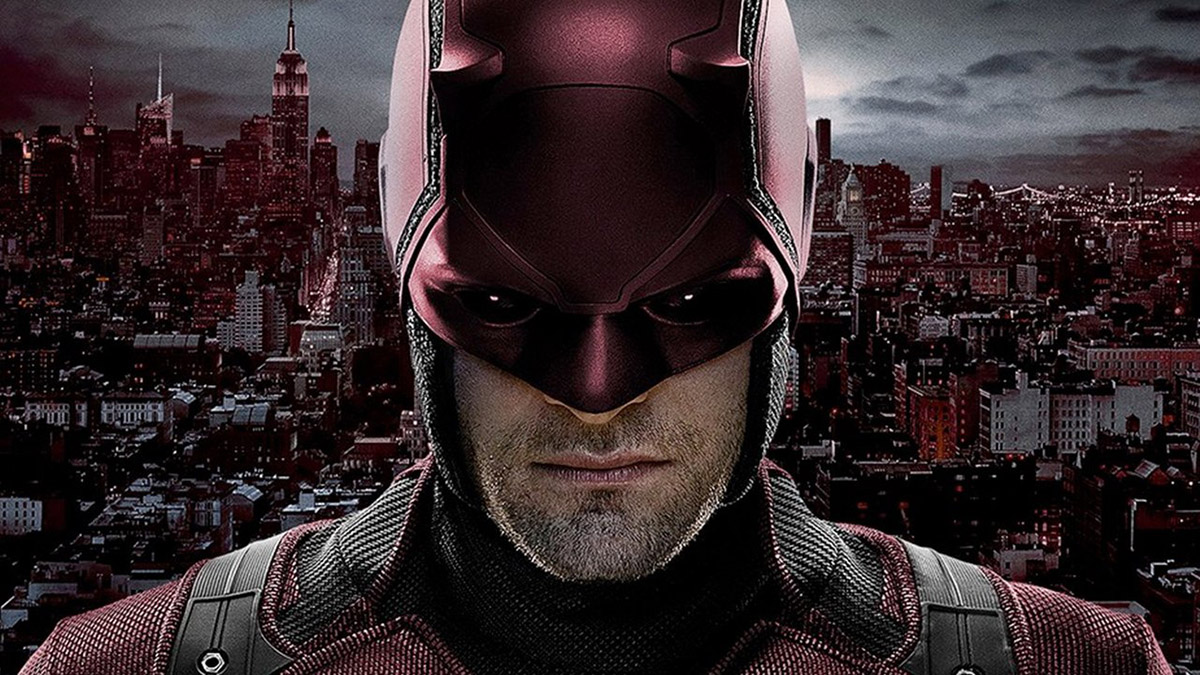 Like my Agents of SHIELD retrospective, I thought it was appropriate to talk about the other corner of Marvel TV: the Netflix shows. It’s quite impressive that they seem to run the gamut between beloved and despised to the point that certain actors playing certain roles are considered definitive while others are considered the worst thing to possibly happen to live action comicbook projects. The Netflix shows were interesting in that they were R-rated, which was a change of pace from typical MCU properties which tended to be a bit more family friendly (like Agents of SHIELD, we initially believed they were a part of the MCU). It’s great fodder for a series of blogs, so I decided to do that. I considered several ways to do this and ended up deciding to just do this season by season as they premiered. So without further ado…

The First Season of Daredevil Started It All

So let’s get this out of the way: not only was Daredevil season 1 the best Netflix Marvel season, it was the best season of any TV show based on a comicbook. EVER! Was that too much? It probably was. But was it true? Yes. Yes, it was. Okay, fanboy orgasm aside, it really was good.

Charlie Cox embodied Daredevil and Matt Murdock in a way, no one else did. Granted, the only people in live action to play this character previously have been Ben Affleck, Rex Smith, whoever was in costume during the Macy’s Thanksgiving Day Parades in 1987 and 1989, and (kinda-sorta) Terry O’Neil. It’s not exactly a contest, although one can’t help but to think that the Rex Smith version who appeared in ”Trial of the Incredible Hulk” had some influence on the initial costume that would eventually appear in the Netflix series. I mean, I know a similar costume was used in the “Man Without Fear” comic miniseries from the 90’s, but even that one came after Rex Smith’s all-black number. Anyway, Charlie Cox looks just like Matt, has the swagger that lets you know he could bed Black Widow, has the gravitas that comes along with a choir boy being conflicted about beating bad guys to a pulp, and has the build that makes it believable he can do a spinning hook kick into someone’s face without a problem. He managed to make himself believable as a New York native despite not being from the US and what’s more, he managed to be believable as a blind man which is something few actors can manage. Since season 1 launched, it seems there were always rumors that his Daredevil would show up in a MCU movie and while I doubt that will happen, I’d love to see it.

Of course, a charming lead is nothing if he doesn’t have a great supporting cast to play off of. Deborah Ann Woll was amazing as Karen Page who was more than Matt’s love interest in that she had her own character arc that ended up stretching throughout the entire series as we gradually got to know more and more of her backstory (more on that in a latter part). Elden Henson, who played Foggy Nelson, went from one of the Mighty Ducks to Matt’s friend and business partner, then reluctant sidekick. The best part about Karen and Foggy eventually learning about Matt’s secret is that they were opposed to Matt’s vigilante activities for different reasons, but never seemed like wet blankets or whiny. Eventually, they come to terms with Matt’s nightlife without being in favor of it, which I felt was very realistic. Rounding out the supporting cast for the first season is Rosario Dawson as Claire Temple and Scott Glenn as Stick. Rosario Dawson ended up being the Nick Fury of the Netflix Marvel shows as she popped up in every series at least once with the exception of The Punisher. She’s always great in every role she’s in and she’s just as great here as she plays nurse and brief love interest to Matt. Like Foggy and Karen, she doesn’t accept Matt’s job as a vigilante but since she met him as a vigilante as opposed to a civilian, she doesn’t have much to say. As for Stick, Glenn does an excellent job as Daredevil’s mentor and all around grumpy bastard. Now that we’ve gotten the main players out of the way, we need to talk about one of the most important aspects of superhero stories…

Yeah, so let’s get this out of the way, Vincent D’Onofrio as the Kingpin was one of the most inspired casting choices of any live action comic projects. Wilson Fisk is a difficult character to cast in live action due to his physique, but they managed to pull it off. Fisk is the only villain to appear in all three seasons and he is terrifying, tragic, and fascinating each and every time he shows up onscreen. The showrunner of season one was smart enough to decide not to show Wilson Fisk until the very end of the third episode and the guy doesn’t even talk or turn around. It’s a slow burn setup that pays off. Now, people often forget that Daredevil had multiple bad guys in the first season because D’Onofrio pretty much stole the show, so let’s get into the rest of the villains.

Fisk had Wesley, his underling, who did most of the talking when Fisk couldn’t be bothered to meet with his allies. Next up is… The Owl. It’s still hilarious to me that they managed to include that character in what is otherwise a very dark and (mostly) realistic series. Of course, in this version, he’s just an evil accountant running the books for the Hell’s Kitchen underworld instead of a flying dude with Wolverine-hair, but the show still gets points for pulling it off. Next up, we get Nobu who isn’t said to be a member of the Hand, but we all knew he was a member of the Hand. He had the whole honorable ninja thing going for him, which was fun and he delivered a beatdown so severe, Matt carried scars for the rest of the series. Finally, we have Madame Gao who is a highly underrated villain for the Netflix shows. How often do we see a little old lady casually punching the hero across the room before disappearing? Not often enough if you ask me. I enjoyed seeing popping in and out of the first two seasons of Daredevil, although the character would be a little derailed in other shows. Still, I love the episode where she shows up at Fisk’s apartment and actually manages to freak him out a little.

The show also has a lot of minor villains that show up for one or two episodes. Melvin Potter (aka The Gladiator) gets into at least one fight with Matt in the first season before turning into an ally. This seasons also introduces Turk who would go on to be slightly more prolific than Claire Temple by showing up in every Marvel Netflix series. Beyond that, you have some Russian mobsters here or Kingpin assassins there for Matt to fight in the early episodes, almost creating a villain-of-the-week kinda vibe for the first four or five episodes (or whatever the streaming service equivalent would be). Because of this, it subverts what I like to call…

For a time, and for reasons I cannot explain, Netflix demanded all of its shows to have 13 episodes for each season. Because of this, a lot of Netflix original shows had pacing issues and Marvel Netflix was the worst offender. Believe me, we’ll talk about this a lot. The Marvel Netflix shows would often create a plot that would be suitable for a miniseries or even a single film, and stretch that plot out for 13 episodes, which often made things drag. The Daredevil series subverted this. How?

Remember when I said the show had multiple villains, some of which, only appeared for a single episode? It kept things moving. The various crimelords of Hell’s Kitchen all had their own goals and often employed their own thugs to fight Matt. Keep in mind that the main villain of the season (and the series itself) didn’t show up until the end of episode three and didn’t utter a word until episode four and didn’t meet Matt face-to-face until much later. In the meantime, Matt fought the Russian mob or Nobu. The show knew how to take its time but not in such a way that it made things slow. It had exactly enough plot to fill 13 hours of excellent television. Somehow, Daredevil was the only show to pull this off for 13 episodes with the rest having varying degrees of success. Speaking of Daredevil fighting bad guys…

For me, a fight scene can go one of two ways to make it great. It can either be a crazy, fast-paced battle with all kinds of crazy shit happening or can be a brutal, tense affair with real-life consequences for when someone gets punched in the face. Daredevil manages to do both. The fights are fast and brutal, creating brilliantly choreographed fights. The most famous battle, of course, is the hallway fight from episode two. This fight was done in a single take, showcasing Matt fighting his way through the Russian mob. It was so cleverly shot that audiences didn’t even notice when Charlie Cox’s stunt double replaced him midway through the scene. This would not only set up the tradition of the Marvel Netflix hallway fights, but would also set up a tradition for this series to have a one-take fight scenes.

The first season is probably the strongest season of a show which was arguably the strongest series of Marvel’s Netflix. It was a great start but the franchise sadly peaked right out of the gate. That’s not to say the other shows were terrible since they weren’t, but it would never quite reach this high again.