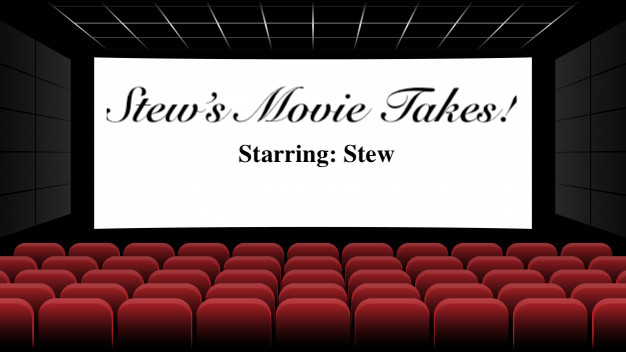 I was improperly raised on horror movies as a child, as I have detailed before. In addition to the semi-regular Jason-based nightmares that are just ingrained in my DNA at this point, it has given me a lifelong love of the genre. Horror cinema just combines some of the best parts of every other field of film-making; they can be funny and mysterious and tense and dramatic, all while keeping you on your toes and waiting to see who survives the terror raining down on them.

The decade of the 2000’s did their best to shake me free of this affection because… whoof! It was a rough one for the genre. It was the era of torture porn, and that just ruined everything for me. I don’t mind slasher-flick levels of gore where folks are hacked to pieces and blood comically splatters everywhere, but when filmmakers decided their new goal was to linger on disgusting, realistic brutality and get the audience to dry heave? I was out. I like to feel awed, not disgusted. For a horror fan, I have a VERY weak stomach, as noted on the podcast when we reviewed the comic Chew.

Additionally, I remain REALLY stuck on Best Of The Decade kinds of lists right now. And unlike in November when we did our Top Ten Non-Comics Movies of the 2010’s or December when we did our Best Songs of the 2010’s, I don’t necessarily feel the need to drag my cohosts Chad and Andy with me. They don’t love horror, so I can do this one without them! We’ll have at least one more such List Challenge coming between all three of us in January, but this one is all me, baby.

Here’s the cut-off I made when determining these lists: the nominees had to be MOSTLY horror to get on the list. Absolutely no worse than a 50 Horror / 50 Something-Else split. So if I haphazardly determined something was TOO  MUCH suspense thriller or TOO MUCH comedy, it was out. I am a harsh, but fair, judge.

With that clarification out of the way… here we go:

I might get rightfully blasted for including this, not because it is particularly bad, but because I have railed against demonic possession movies and how tired I am of them for a while. So why did I include the central demonic possession franchise of the 2010’s? The one I point to as a big part of the reason I am not sick of that sub-genre?

Well, in 2010 itself, the bloom was completely off the rose yet, and the PA franchise hadn’t started bottoming out. I found the first movie in the series to be rightfully terrifying, and I was interested in what the second would bring. PA2 surprisingly functions as both a prequel AND a sequel to the original; it shows what led to the events of the first and what the circumstances from it were. Nice touch, truthfully.

Also, this is the ONLY Paranormal Activity where the core protagonist survives! This series is all about evil slowly winning, but the teenage daughter makes it out alive in this one. I hope if they MUST keep making these movies, that she is the key to stopping Tobias Q. Chickenfeet.

This was good. It probably SHOULD be higher, but I thought it was all a bit on-the-nose. There just wasn’t loads of subtlety, I guess? But who cares? It’s excellently done.

The acting across the board here is absolutely wonderful, from Daniel Kaluuya’s slow loss of confidence and change in demeanor as he uncovers a nightmare situation to Catherine Keener’s creepy “pleasantness” to Lil Rey Howery’s injections of humor into an otherwise very dark experience.

It’s very tense, the atmosphere is suffocating, and the mood is perfect throughout. It just also makes the Will Smith Netflix bomb Bright look like a nuanced and careful look at race relations. But this is, you know, a billion percent better in every other regard.

In no reality should Nebula and Dick Grayson be tormented by an evil mirror!

(That IS Dick Grayson, right?

Anyway, this was a creepy horror story about a haunted or evil mirror or whatever that raced between the past and present and then just said “screw it!” and started blending it all together to keep the viewer off-balance.

I give it credit for making the characters relatively smart when so many horror movies have to dumb down the heroes. Karen Gillan’ character goes into trying to destroy the mirror with a pretty layered and complex plan to ensure her own safety, though the writing and directing constantly leaves you guessing as to what is real or not. As everything bleeds across the boundaries of time and space, the story of Kaylie and Tim come together, and… I don’t know. This was just pretty rad.

I have talked before about how I obsessed over the “rules” of this movie. Sorry, but when you introduce a supernatural being and force it into adherence of some sort of pattern, my brain goes all “BUT WHAT IF…?”

That said, this was a fun flick that poked fun at the old 70’s and 80’s Puritanical slasher tropes about how having sex is bad by LITERALLY MAKING SEX KILL YOU. It’s a superb nod to one of horror’s most recognizable tropes.

The acting is solid. The premise leaves the viewer wandering if every single background character is secretly the malevolent force. Some of the scares are genuinely frightening since the movies pays for its jump scares with its constant aura of wariness.

Is… is this a horror movie?

I keep wrestling with that as I debate its inclusion here, but… what else would it be? It has humorous elements, but nowhere near enough to be considered a comedy. There are some action scenes, but mostly in the midst of a tormented character running in fear. Is it a suspense thriller? Maybe, but there are supernatural aspects.

So screw it… we are going with “it’s a horror”.

The first thing I will say is that this flick is fun. While it’s not necessarily heavy on the humor, it uses it smartly to just keep the tension broken up enough so that it never start drowning you. Samara Weaving is a revelation as Grace, the bride caught up in a crazy game by her new in-laws. She carries everything about Ready or Not on her back from the word “go”. The movie has flaws–without spoiling it, there is one turn it takes in particular that is not well-earned–but she makes up for all of them.

I mentioned being obsessed with the “rules” of It Follows, but that had NOTHING on how I felt after watching Us! I spent hours in its wake dissecting various aspects of this movie. It… doesn’t necessarily live well when you start doing that because it ends up making little sense. I can’t get into it without spoilers, either, so I can’t even start bitching!

While Us was not as prominent or important as Get Out, I do think it was a better overall movie experience. Get Out was so what it was, that it was a bit hard to just appreciate it as a movie and not think about real life issues. Us, meanwhile, had themes but they were more under the surface, and for me, it allowed for more engagement in the story.

More has been said about Lupita Nyong’o’s performance than I could ever say here, but she pulls brilliant double duty as both the protagonist and antagonist (Winston Duke does, as well, and he is great and so different in each role, but make no mistake: this is Nyong’o’s vehicle).

The casting of It was terrific, with the kids all being fantastic in each of their characters and Bill Skarsgard being so remarkable as Pennywise that he made audiences forget TIM FREAKIN’ CURRY. That’s potent. While Curry’s Pennywise was malevolent and feral, Skarsgard’s was awkward and hypnotic. You could see how kids would be lured him by him.

For my money, It is the best Stephen King adaption… ever? If not that, then for a long, long time. The creepiness was palpable here, and as the Losers Club fought harder and harder to overcome their terror, the movie got less and less frightful to mirror that. It was excellently done.

All three of the remaining movies on this list were covered in my Best Non-Comics-Based Movies of the 2010’s, so I’ll just hit on them again briefly.

Probably the single greatest ATMOSPHERE movie ever made. The relationships between all the characters are heartfelt, and I love that Jim Halpert is now playing these kinds of roles. What would Dwight think? Hurry up and cast him and Emily Blunt in a Fantastic Four movie already, Feige!

I love this movie more and more whenever I think about it. The idea is hardly brand new, but they just do so well with it. Jessica Rothe is now my go-to answer for “Who would you cast as ____?” anytime those questions come up. She should be in everything.

The best pure split of horror and comedy you ever will see, and I’m allowing it as the bare minimum as my horror cut-off percent. It’s not just the best horror movie of the 2010’s; it’s neck-and-neck with the original Halloween as the standard bearer of the whole genre.

You may notice at the bottom of that list that I started keeping track of my “worst” horror movies of the decade. So in the interest of cynicism, let’s briefly touch on all of those. The DIShonorable Mentions, as it were.

THE STRANGERS: PREY AT NIGHT: The original The Strangers was a very good movie until about the midpoint where a switch was flipped and someone decided the protagonists had to be turned into abject idiots to keep the story going. In the sequel, there is no switch. It combines eye-rollingly moronic protagonists with anagonists that are borderline magical. It doesn’t create drama; it just makes me feel like the killers had cheat codes. I recall sitting in the theater and just stewing in my anger over this movie. At least it was in Moviepass’ heyday, so I saw it for free.

MIDSOMMAR: I have written at length about Midsommar. I saw the movie and didn’t like it. The people I saw it with, who I often have differing tastes from, agreed that it was objectively poorly made. The other folks in the theater laughed about it with us as we walked out. AND THEN THE WORLD DECIDED IT WAS GREAT. It is not great. Woefully poorly acted, plot details that appear and then vanish into the ether, and again with characters who are unrealistically foolish because that is the only way to keep the plot going. But shit, it LOOKED pretty, so it must be great, right?

That’s it from me. what are YOUR favorite horror flicks of the decade? Share your opinions!