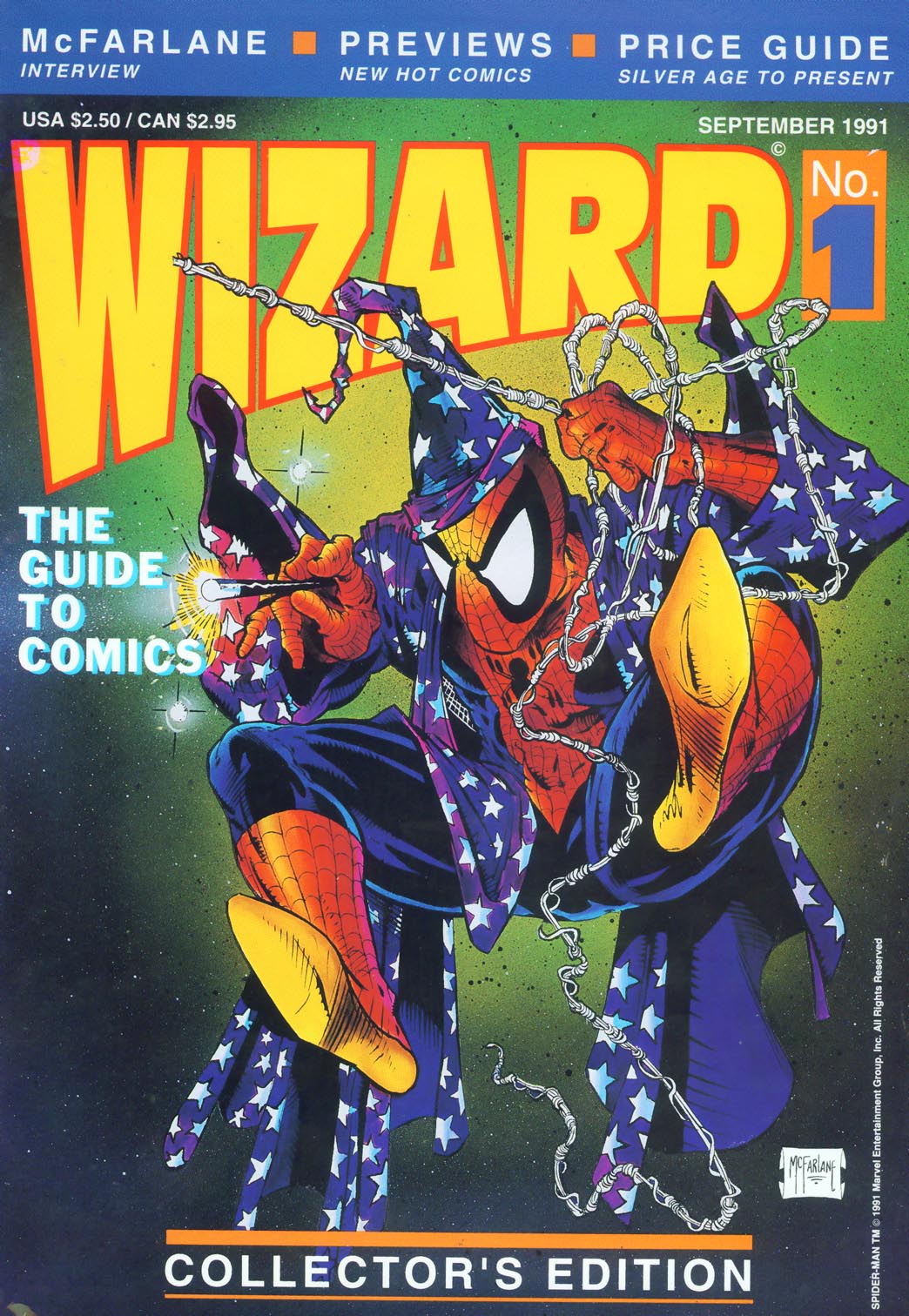 Welcome back to THE TOP 100 COMICS OF A LIFETIME (assuming you only lived to be, like, 27 or so and died 15 years ago)! In this series, we cover Wizard Magazine’s Top 100 Single Issues list that covered the timeframe of 1979 to 2006. Previously, we went over #100-96 to see what barely made the cut to round out the list.

We’re still in the late stages of the one-hundred here today as we finish up the bottom ten to get us to #91. Let’s get right into it!

Here we get the first, but not last, appearance of a Morrison Animal Man book on the list, as Buddy is drafted by some other lower-end heroes to put an end to some dolphin hunting.

The story is told from two perspectives: the narrator’s as he guides us through the basic heroism of the story, and an unnamed dolphin’s as he searches for his mate and child. He is too late to save them from the hunters, but is given a chance for revenge as Animal Man drops the killer into the water, far from shore.

Where you expect to see the distraught dolphin get revenge on the man, though, we instead get the difference between dolphins and “hu-men”: the animal safely takes the murderer of his family to shore to save his life.

It’s hopeful AND depressing all at once, and a reminder that we as a species are pretty much the villains of our own world.

I distinctly remember despising this book the most of the entire top 100 the first time I read it. Which is fine; it’s only #94.

But it shouldn’t have made the cut at all!

Demo was a series of self-contained short stories from what I can gather, with each issue having nothing to do with the one before or after it.

The third issue is the story of girl who has come home from boarding school to go to the funeral of her father, with whom she had essentially no relationship. She reconnects with her half-brother, and the two drive around for a bit and talk about their lives.

The brother mysteriously notes how their dad wanted to die but was never able to. He also tries to get his sister to accept that their father was a flawed man who made mistakes and wasn’t necessarily the monster she believes him to be.

Finally, he crashes the car, impaling her on a tree branch… only for her to realize her father’s bloodline, The Hurleys, are immortal. The brother then says they should go meet up with dad.

As a PLOT, it’s not terrible. But the execution… these characters are all entirely unlikable. The sister is the protagonist of the story, and she spends the entire first half of the book bitching about how much she wants a cigarette. Like… excessively. It gets extremely tiresome extremely quickly. It feels like a sixteen year old wrote it to be edgy.

By the time they get some matches and fix the craving she was “jonesin'” for, I’d long been tired of her as a character and just wanted the story to end. She is insufferable.

The art can best be described as “manga inspired, but not particularly good”. I’m being mean, I guess, but I really didn’t care for this story and nothing was saving it for me.

That said, the ending WAS a surprise and brought the whole tale around to being interesting… but then it ends. So it’s awful until it isn’t, which is when it stops.

Prepare yourself: Wizard REALLY FUCKING LOVED Garth Ennis in 2006. I believe he is on this list several more times after this.

My own feelings on Ennis are conflicted. He is clearly a very talented and creative writer, but I thought when he had less editorial constriction, he fell into a bit too much “LOOK HOW EXTREME THIS IS, GUYS” gimmickry for my taste.

That said, Hitman was a really good title considering it was somewhat mainstream DC and it kept Garth from doing everything I’m sure he wanted to if left to his own devices.

The 22nd issue of the series is told in part as a kind of How The Grinch Stole Christmas poem and is about a janitor at a research facility who becomes an evil, irradiated Santa. To keep word from getting out, the facility hires Tommy to put down their rogue employee.

The morality of this isn’t entirely in question as the villain has decided to murder people because of how much he hates Christmas. So the quality of this tale is entirely in Ennis’ creativity and the fun he has in writing the surrounding sing-song tale of evil Bob Smurd.

And it works! This is actually a lot of fun. Restrained Ennis is the best Ennis, as I said, and Hitman was a lot of him at the height of his powers.

I always picture the Legion of Superheroes, to whom I admitted having a large blind spot in the first part of this series, as being a zany grouping of lazily named characters from the future who fly around space and battle… I dunno, aliens or something.

What I didn’t ever picture them in would be a serious story about solving the mystery behind an attempted murder.

Now, does that make it a GOOD story? Or just a surprising one?

More of the latter. I mean, like a lot of the books in the bottom tenth of this list so far… there’s nothing wrong here. It just isn’t really anything that stands out to me, either.

Though, admittedly, I spend most of my time in LoS books laughing at the names of the characters. So I probably missed the goodness that was offered here.

Exiles is another title I just never got around to. I know Jab has read it and has an article coming on the team some day, though.

This story takes place in the aftermath of the death of John Proudstar, and we see the history of his budding relationship with Nocturne. As the team completed mission after mission, they grew closer and closer… culminating in Nocturne revealing she is pregnant during the battle where John is killed. The story ends with the implication that Nocturne aborted the pregnancy after he died.

That is pretty on brand for Winnick, who is a writer who has never shied from inserting his own politics into his books. I’m not saying that bitterly–I really enjoyed his run on Green Lantern which dealt a lot with a homophobia–but when I saw he was the writer and that the resolution had a somewhat controversial sociological implication, it all made sense.

Still, while that ending (hinted at thought it may be) may sour you, the story on the way there is pretty strong, with Nocturne and Proudstar sharing some emotional, if cliched, moments. I thought this was a fine issue.

Ten issues in, and wow… this is such a bland list! These books are mostly fine, if underwhelming. These are supposed to be elite! The top one hundred out of thousands! I want better!

Hopefully we will get there in the next batch. Let me sneak a peek at what’s to come…

Eh… maybe the NEXT next batch.

Oh well! Until then, let’s re-rank the ones we’ve read so far in my own preferences…

I really feel like I could change that 10 next to Demo to a 100 right now. I don’t recall there being anything that would supplant that as the bottom of this particular barrel. But we will see!

Until next time… Take care!